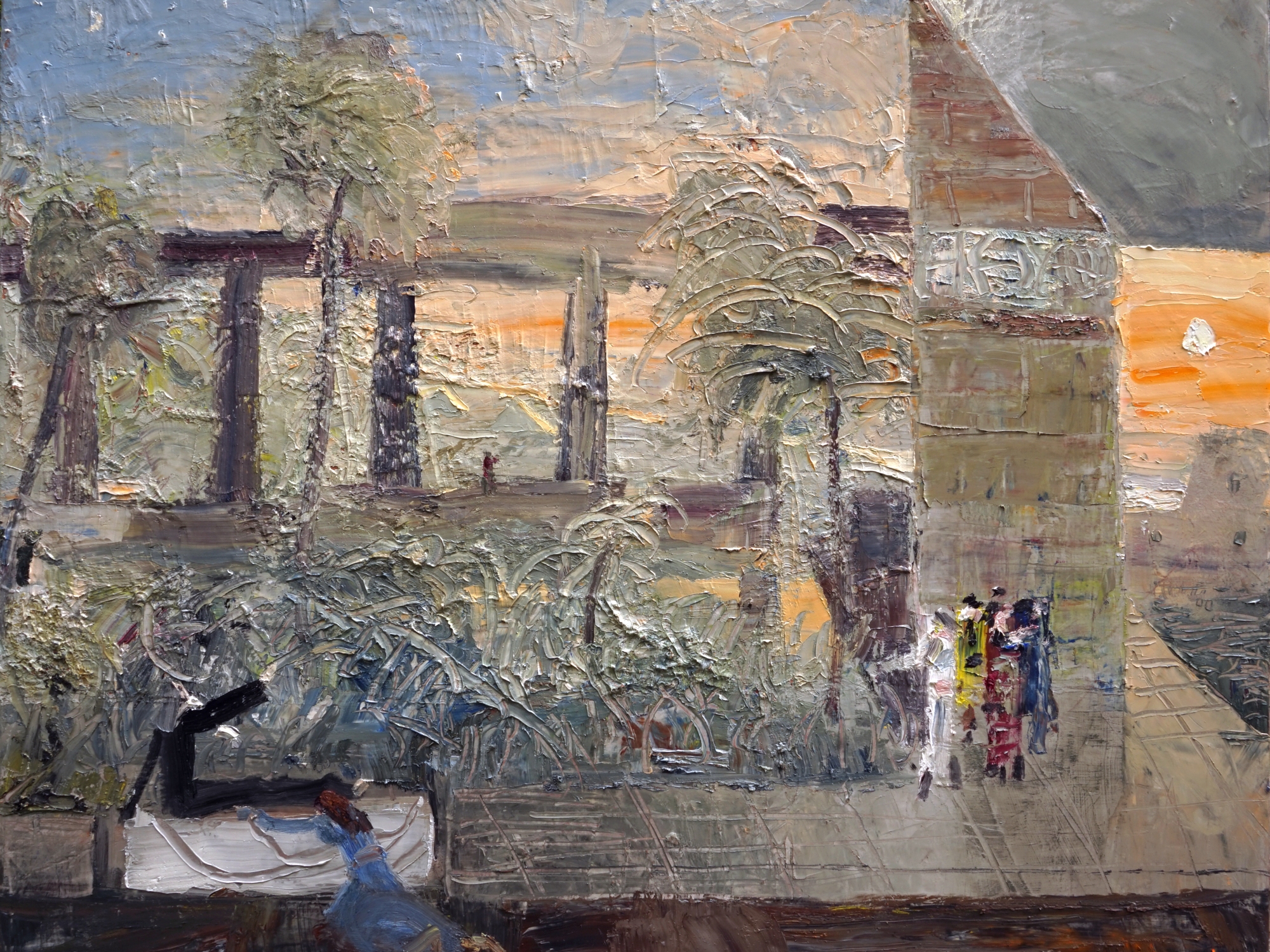 John Bradford’s solo exhibition entitled Over Again After All: Recent Paintings by John Bradford at the Bowery Gallery, will be on view January 31 through February 25, 2017.  The exhibit, featuring large scale paintings, includes work on a Biblical theme which is a continuation of the explorations Bradford has been engaged in for over 30 years, as well as American themes such as Thanksgiving, the Hudson River, and Peaceable Kingdom.

Roberta Smith, writing on Bradford’s 2010 exhibit at the Bowery said, “Few contemporary artists are angling for the title of Best Old Testament Painter, but John Bradford is definitely in the running. Voluptuous yet brusque and starkly minimal, his oils capture the essential human dramas of Genesis, Exodus and others with brushwork that operates somewhere between Giorgio Morandi and middle-period De Kooning”.

When talking about the motivation behind his work, Bradford cites Cezanne: “What art needs is to re-do Poussin over again after nature.”

Bradford expounds: “There is something both nostalgic and unsentimental in that he (Cezanne) was yearning for permanence that could affirm his intuitive sensations, even as the values that had sustained permanence seemed to be evaporating around him”.

Let’s go deeper in to this. It’s worth it.

Bradford cites a pivotal moment in history: “In 1648, Protestants and Catholics signed the Treaty of Westphalia, establishing the modern political world. An unintended consequence was to essentially disenchant “nature” from religious superstition allowing politics, science, and art to celebrate nature as secular space, with all that that implies.  Natural law, Milton, Velasquez, Poussin, Hals, Rembrandt, Newton, Hobbes, Locke, etc. were all products of the Westphalian moment. The light of this measurable, observable nature was relentlessly explored by the subsequent painters of the Western tradition by holding both the changing world and immutable beauty in a delicate balance.
By the time of Cezanne and Einstein, a new paradigm for defining and imagining nature was emerging: relativity ”.   Here is how Bradford brings it all home:

“Cezanne was fully aware of the revolutionary implications of what he was doing, nevertheless, he insisted on contiuing to acknowledge Poussin’s importance as the founding spirit of Modernity”.
* 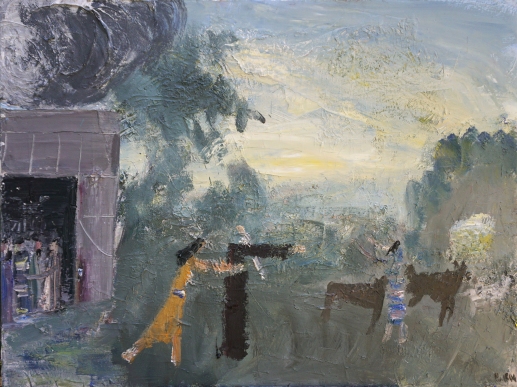 About his current work, Bradford says: “In these paintings, my “nature” is to see almost everything as an artificial reference: a certain sky is more Corot or Freilicher, sunsets are often Claudes, winter trees in front of buildings have the texture of Pissarro, a brown that is scumbled over white is like a Kossoff.  But more crucial is that my paintings are Watteau’s Lorrain, Picasso’s Poussin made over once again after the Americans:  Hicks, Ryder, Hartley, Inness, Eilshemius, Gorky, de Kooning, Guston, Pousette-Dart.  After all… I am trying to find expression for the abiding love I have for my country even as the values that sustain it are seen by many to be evaporating”.

Joseph Approaches His Brothers Near the Fields of Shechem,  40 x 60″, Oil on Canvas

In this exhibit, Bradford is showing paintings inspired by Greek myths… 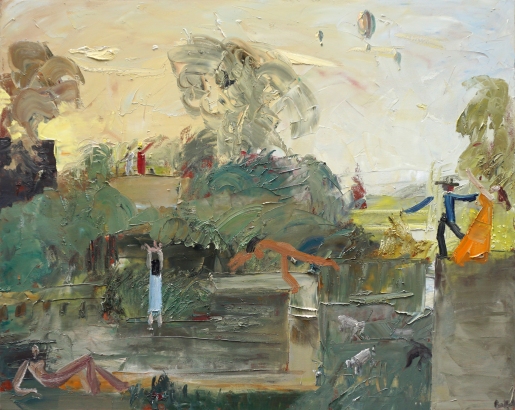 …And he makes  sly reference to well-known masterpieces and to art history: In a review written by Menachem Wecker published in Jewish Arts in 2007,  Bradford was quoted,  “I am an heir to the great American Abstract Expressionist movement in that the painting is process: I arrive at my composition as I paint,” ….“I paint the entire composition directly onto the canvas and keep re-attacking the entire surface over and over again until, as I said, the narrative gesture of the work feels appropriate to the format, and I stop.”

Jacob’s Sons approach For Their Blessings,  48 x 60″,   Acrylic and Oil on canvas

Again, quoting Roberta Smith of the NY Times: “Events ( in Bradford’s paintings) — which include the drunkenness of Noah and the expulsion of Hagar — are loosely indicated, which creates a sense of actual, sometimes violent motion and agony. It also allows light, color and brushwork to work their redemptive magic”.

John Bradford is a recipient of the prestigious American Academy of Arts and Letters Hassam, Speicher, Betts 2011 Purchase Award.   His work is in the collection of the Museum of Contemporary Religious Art in St. Louis and in private collections in the United States and Israel.

There will be a Reception for the artist  5 -8 PM on Thursday, February 2.

Gallery hours are 11am to 6pm,  Tuesday through Saturday. For more information, please contact the gallery at 646-230-6655 or   info@bowerygallery.org

2 thoughts on “John Bradford, Over again After All: Recent Paintings”