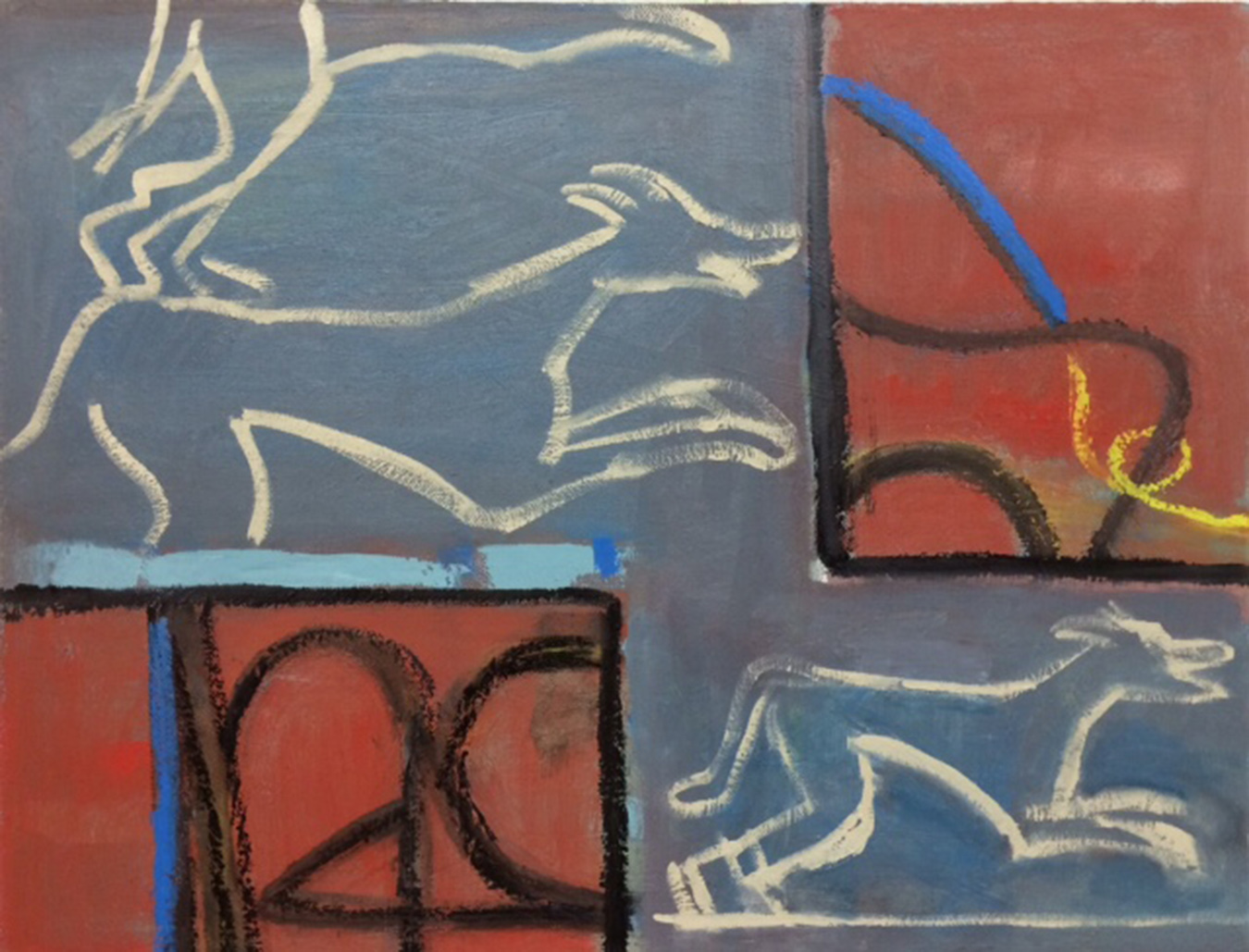 Bowery Gallery proudly announces the opening of “What Alice Found There”,   a show of recent paintings by Karen A. Davie.   In this show, Davie paints shapes and characters from a realm that would enchant and bewilder Alice herself.

What might the “Spectator” be marveling at in this fantastic world?

Could it be the grandiose “Orator”, as he commands attention? While he pontificates, the mysterious statues of “Easter Island” stay silent. 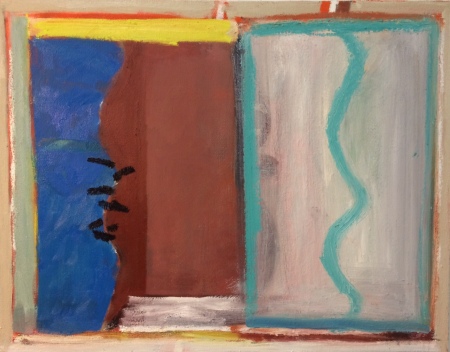 We follow “Running Dogs”.  Away from something?  Toward something? 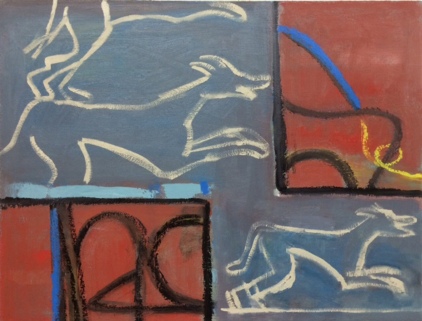 And in “Horses”, what is out of reach? The reins of a runaway or the pink horse that is present at its side?    Davie encounters these spectacles and renders them with her masterful and delightful use of color and form.

Look for echoes of early Lichtenstein in “Venus” and shades of Elizabeth Murray in Davie’s palette and fanciful shapes.

And yes, that’s a copy of a Klee…with a heart smack in the middle of it!

I Love Klee, Oil on Paper

After Alice travels through the looking glass, she renders what she finds. Likewise, Davie paints the marvels that she finds. In one painting, a form might reveal itself as one thing and then in a different painting as something else. 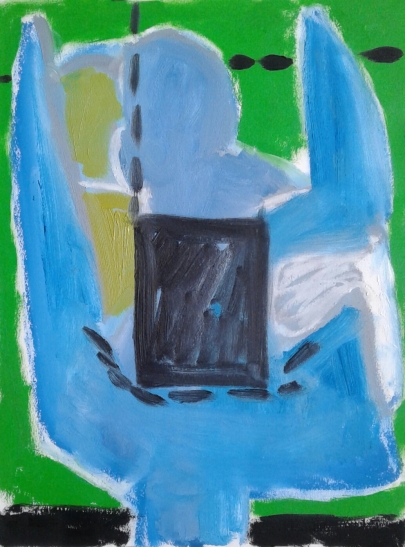 Figure Obscured by a Small Black Square,  oil on paper

The after- image of the “Conductor” is still there in “Figure with Pink Sticks”.

The result of these repeating motifs is a unified show of imagination and color. “I seek connections in my work, always hoping to find a pathway to my next painting. Sometimes I’m surprised to see that a shape has reappeared, like the pink conundrum reappearing as the head of the pink horse. And what’s with the pink?!” An adventure indeed! 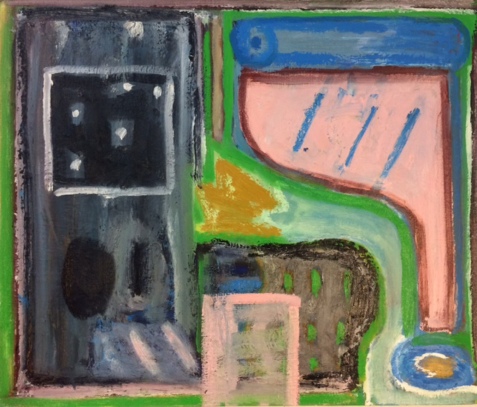 Pink Conundrum with Stars in a Square

This is Karen A. Davie‘s second show at the Bowery gallery.  She received her MFA from Yale University and attended the New York Studio School.